I get data in HEX format on Niagara... How do I convert it to Numeric?

I found myself asking this question, so I thought of sharing the answer

Working with MQTT, it is even more frequent to get data in JSON payloads.

The new JSON Toolkit allows to filter the data or repackage it so it can be used on Niagara as standard points (Numeric, Boolean, Enumeric, String).

Some IoT devices though might send you data in "raw" format, all packaged within a JSON payload.

In a specific case, I had a payload with a few information to filter. One being my sensor data.

The sensor data was packaged in 6 bytes which were sent as HEX.

All of this is manageable with the standard blocks, JSON Toolkit to extract the JSON payload part I need, and then work with "String" manipulation objects available in "kitControl - String".

But then, I realized there isn't any available block to do the HEX to Numeric conversion...

If you are a developer, you will develop your own block on a personal library. But what if you are not a developer and cannot find any module from third party?

Well, you can easily use a "Program" object. The coding necessary for the conversion is minimal (like 1 row!) so it is a lightweight thing to achieve with this.

Double click it and change view to "Program Editor".

The tab "Edit" will allow me to write some code.

Use the following code (paste it over the existing one)

Note that the "16" part in the code line is the "radix" to be used while parsing. It is "16" now as we are parsing from HEX to DEC. You can use the same code and change the radix to convert from other formats such as binary for example.

Then change tab to "Slots" and add 2 slots. Right click on the slots window and select "Add slot". 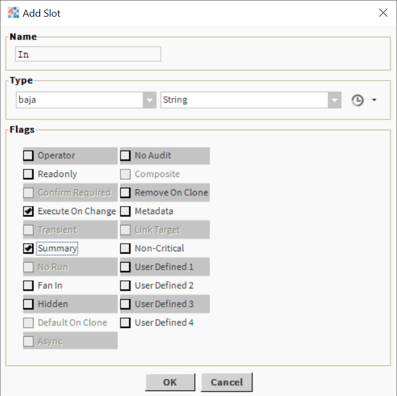 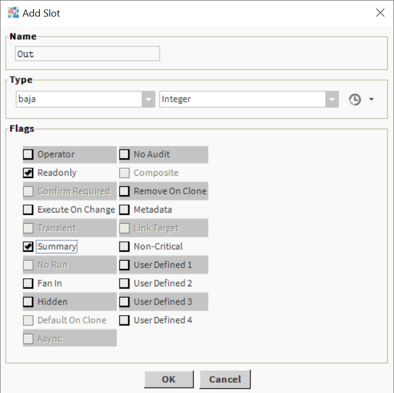 Press now the "Compile" icon on the toolbar (number "1" in the image below). The program should compile successfully (number "2" showing the green dot)

Go back to the wire sheet where you added the program object and give it a meaningful name.

This is what I came up with. The program is block "HexToInt"

What if I want to make a conversion from DEC to HEX?

You can use a similar method to the above. The Java program line would obviously change.

The code below would work: